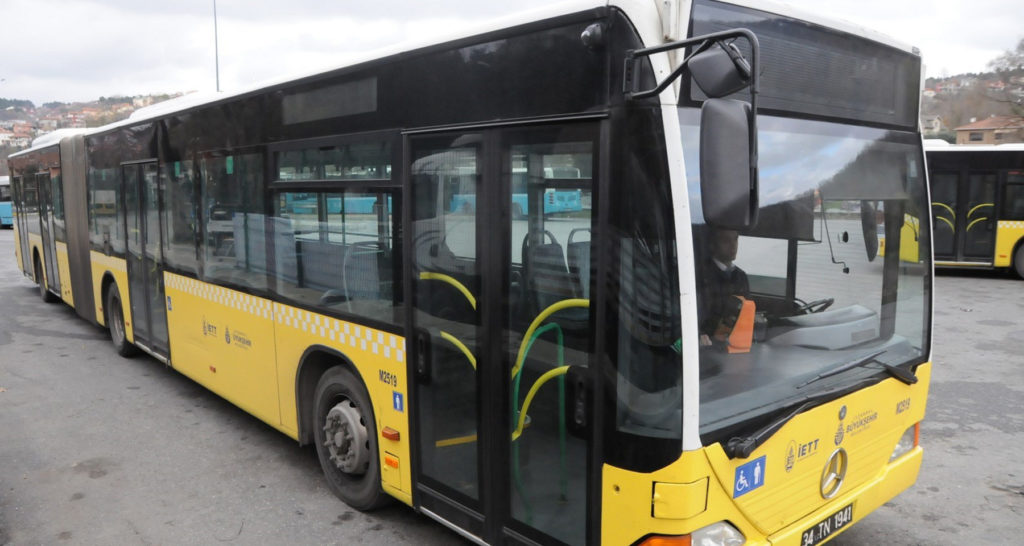 You can easily use public transport services in Turkey, especially buses. In Istanbul, for example, you can easily access buses from wherever you plan to travel. In addition to the fact that the cost of buses in Turkey is lower than other vehicles, it also keeps you away from city traffic and makes it easy for you to get anywhere you want. These services are normally provided by the municipality of each city, while in some other cities they are provided by private companies.

How to use city buses?

In each city, a special city card is required to use city buses. Istanbul Card in Istanbul, Ankara Card in Ankara, Izmir Card in Izmir. With these cards, you can use all public transportation provided by the municipality in and around the city. Except for the small minibusses that charge you cash instead of cards.

Alongside the buses, T.C. The Transportation, Maritime Affairs and Communications Authority have a joint project that they are working on that will be used across the country in the near future. 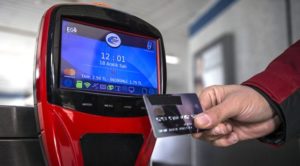 In general, city buses run from 05:00 am to 01:00 am in Istanbul. However, this time may vary from line to line. If we review the general ticket price on the Istanbul Public Transportation website by bus,

City buses in Ankara provide services from 05.30 am to 00.00 am. However, at the end of 2017, according to the decision of the City of Ankara, 24-hour city buses are available on some lines for the welfare of passengers. 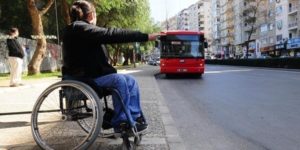 The third-largest city in Turkey is Izmir. On the website of the Izmir Municipality, the section of city buses in Izmir states that these buses usually carry passengers between 6:30 am and 00:00 am. 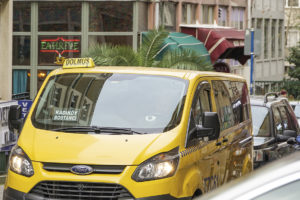 One of the most common public transportation in Turkey bus is the minibus. Minibusses are private vehicles that carry passengers with the permission of the municipality. Of course, since the card provided by the municipality for transportation by minibus is not acceptable, it is necessary to pay the driver in cash. The cost of the routes will be made public in the minibus, and you’ll be notified when you board. Below are some of these fares.

Of course, it should be noted that these amounts may vary depending on different cities, but it can be said that in most cities it is about 2.5 to 3 lira.

In five cities of Turkey, it is based on the world standards of the metro line. These cities are Ankara, Istanbul, Izmir, Bursa, and Adana. Of course, it should be noted that the most advanced metro line in Turkey is located in Istanbul. The metro network with active lines inside the city of Istanbul is about 92 km, which is increasing every day. Also, the Marmara subway line that runs underwater in Istanbul is the only subway line in the world that connects Asia to Europe.

The second advanced metro line is located in the Turkey capital, Ankara. The length of the city’s metro network is about 55 km. In both Istanbul and Ankara, there is an extensive network of metro lines within the city that allows you to easily get anywhere in the city. 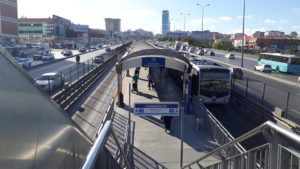 Metrobus is unique in Istanbul and is the name given to buses that run on the subway. Accordingly, metrobuses have unique and extensive lines on most of Istanbul’s highways. Metrobuses are used for fast transportation in the city. Of course, on many of these routes, metrobuses in Istanbul have joined other public transportation, such as ships, subways, city buses, and so on. With this integration, you can easily access various other means of transportation and easily reach your destination. 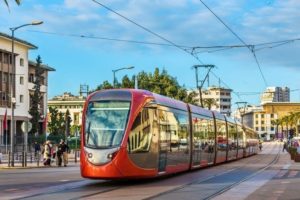 Tramvay is easily accessible not only in Istanbul but also in many Turkey cities. Tramvay transport is very common, especially in cities such as Caesarea, ski resort, Bursa, Ankara, Istanbul and Gaziantep, and so on. Apart from that, the Tramvay is used in one of the busiest historical places in Istanbul, Esteghlal Street, for entertainment and nostalgia, and of course, it still facilitates access from one side of the street to the other. If you are thinking of traveling to Istanbul, we recommend that you visit Esteghlal Street using a tram.

Transport by the Sea 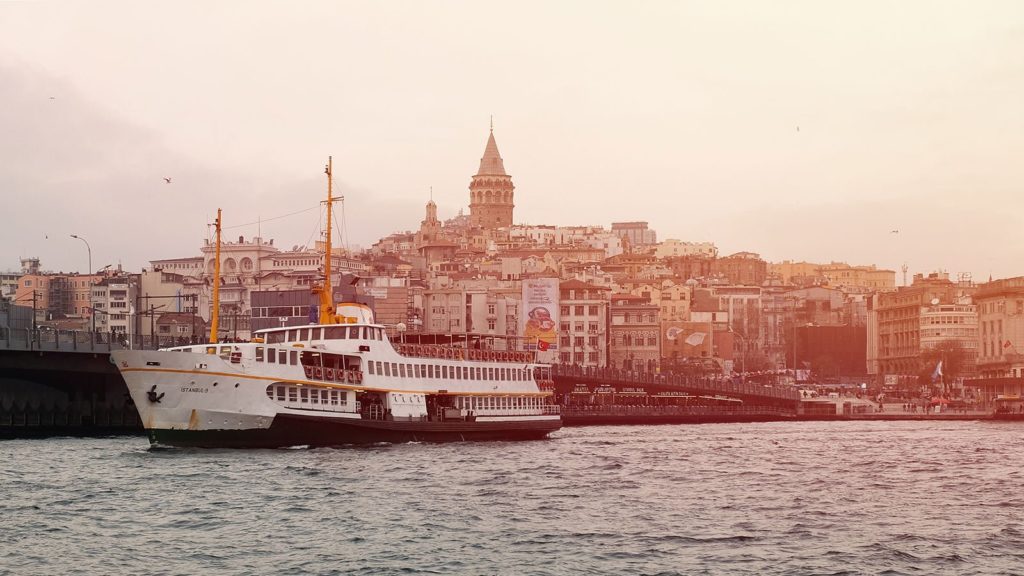 Transport by the sea is one of the options that should be considered in terms of urban public transport. Of course, the ship has been widely used as public transport in Turkey. Turkey is a country surrounded on three sides by the sea. In particular, it can be said that in the cities of Izmir and, of course, Istanbul, shipping is quite common. By traveling on the shipping lines in Istanbul, you can reach Europe and Asia and see Istanbul from a historical perspective. 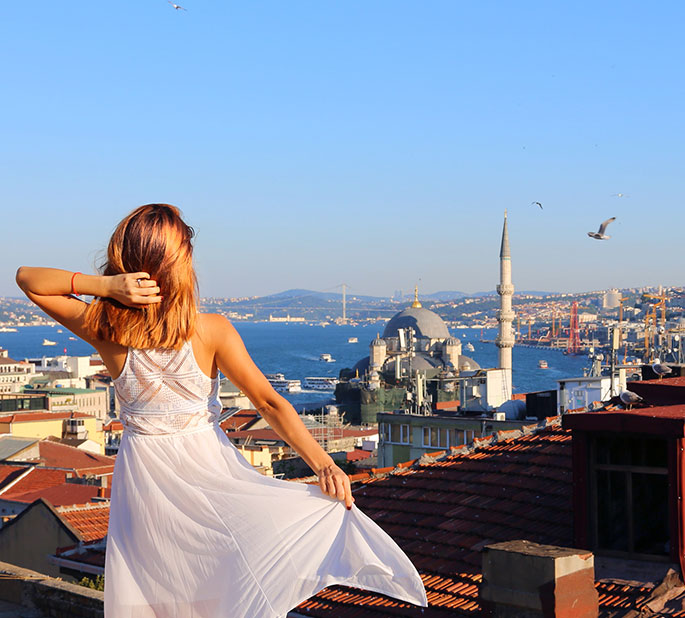 Would you like to travel to Turkey ?
We will help you …! 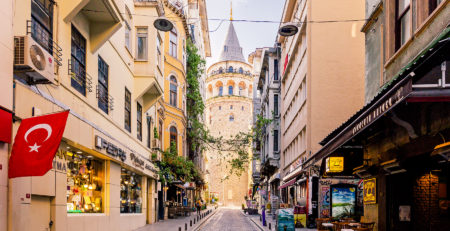 Local Turkish and Turkish national dishes are a legacy of Ottoman... read more

If you are going to visit Turkey, then during your stay... read more 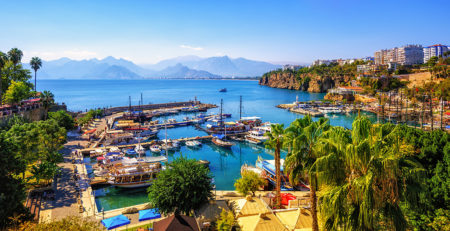 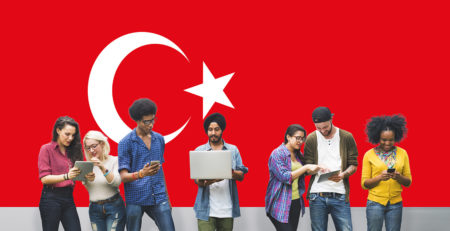